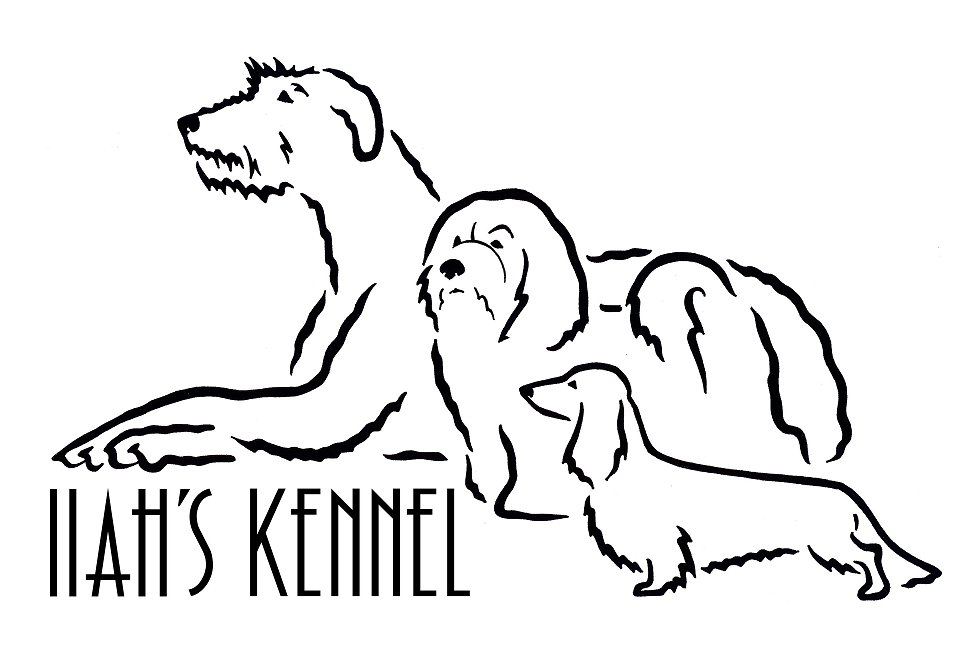 Why Iiah's (Eeyore's in English)? Because, when I finally, after years of asking, got the permission from my parents to get my own dog, the one I got was without a tail. At that time it was common to cut off the tails of Rottweilers and our Barry was no exception. He was also quite stubborn and at the time 14 years old me had difficulties with managing about 10 kg more weighting dog our our walks - as a true donkey, he stood still sometimes or decided to move.. backwards.

Years later, Grey moved in - almost the same size with donkey and also almost the same by color. I had searched for him for long, but faith had its own plans - when in a small village next to our town, in Alliku, a litter of wolfhounds were born, Grey was the last pup to stay at home and going to "see" him was faith. Due to his size, it was easy to confuse him with donkeys - so in 2007, we registered our kenne name "Iiah's".

Later, longhaired kaninchen dachshunds moved in - but you can read more about them on their own page, about other wolfhounds on their pages and about havanese on their page.

If you feel you wish to learn more about dogs, you are always welcome to contct us by sending us an email to kristin@kerem.ee