We visite today (27.9.15) Tallinn national all breed show. Liina won the breed over a veteran. Later we were caught on the picture with three other BOB winners from Estonia: 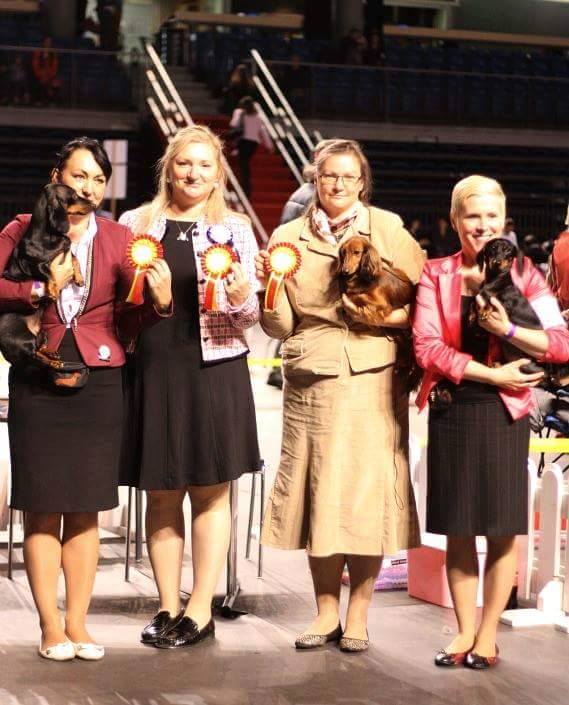 We had a twoo successful days at Haapsalu national shows in the end of August 2015 to end the summer season.

Tommi was BOB puppy and BIS puppy 2 on day one and second day just BOB baby.

Thank you all involved!
Picture by Kaja Lillemets from Liina's win in the group on day 1: 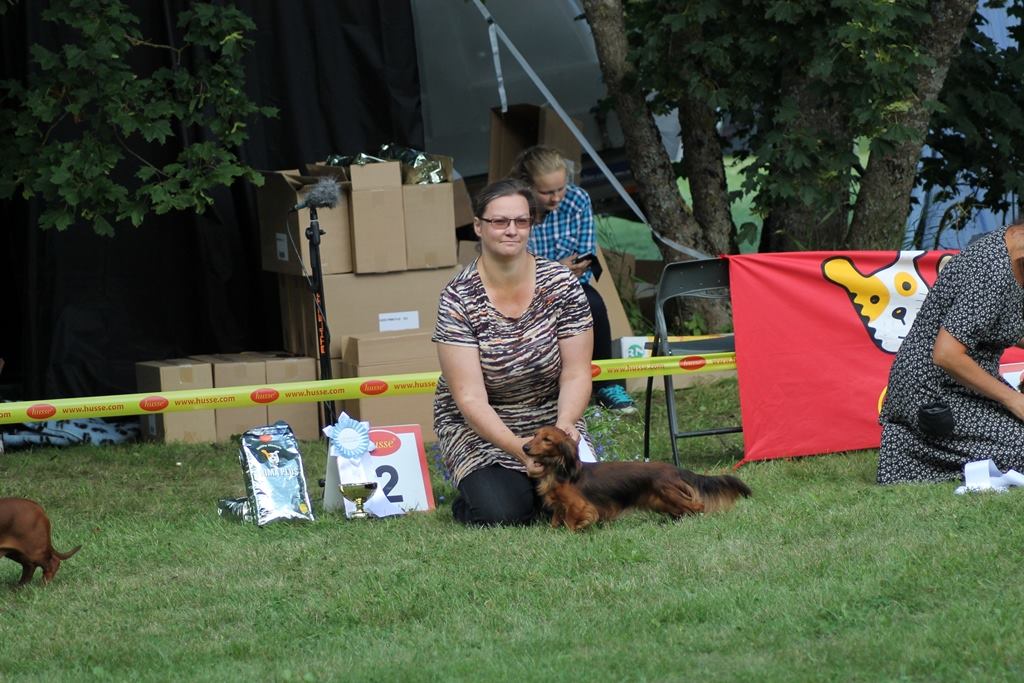 .. is Liina - Iiah's Donna Piccolina. Third in line after her and a junior was Mia, her mother and fourth our Ella.

Tommi was BOB puppy at the same event. Thank you all involved! 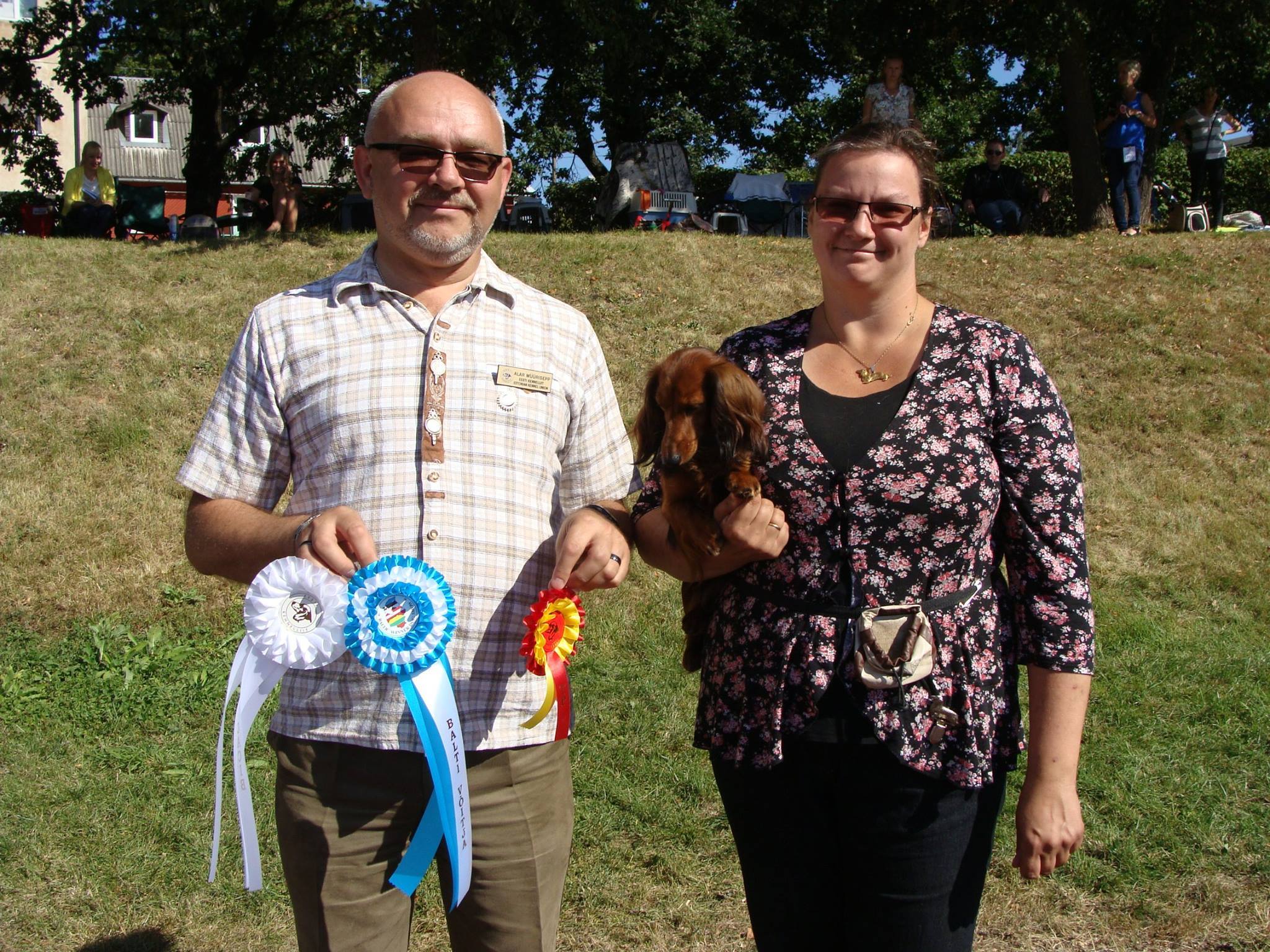 Second day Liina repeated her results being BOB and group 4, Ella was Best Bitch 2 (thank you Maarja Kalma for showing her!).

Thank you judges, photographers and friends for memorable weekend!

On pictures, Liina at her group placings - thank you Siim Kinnas and Tiia Pihklik for photos! 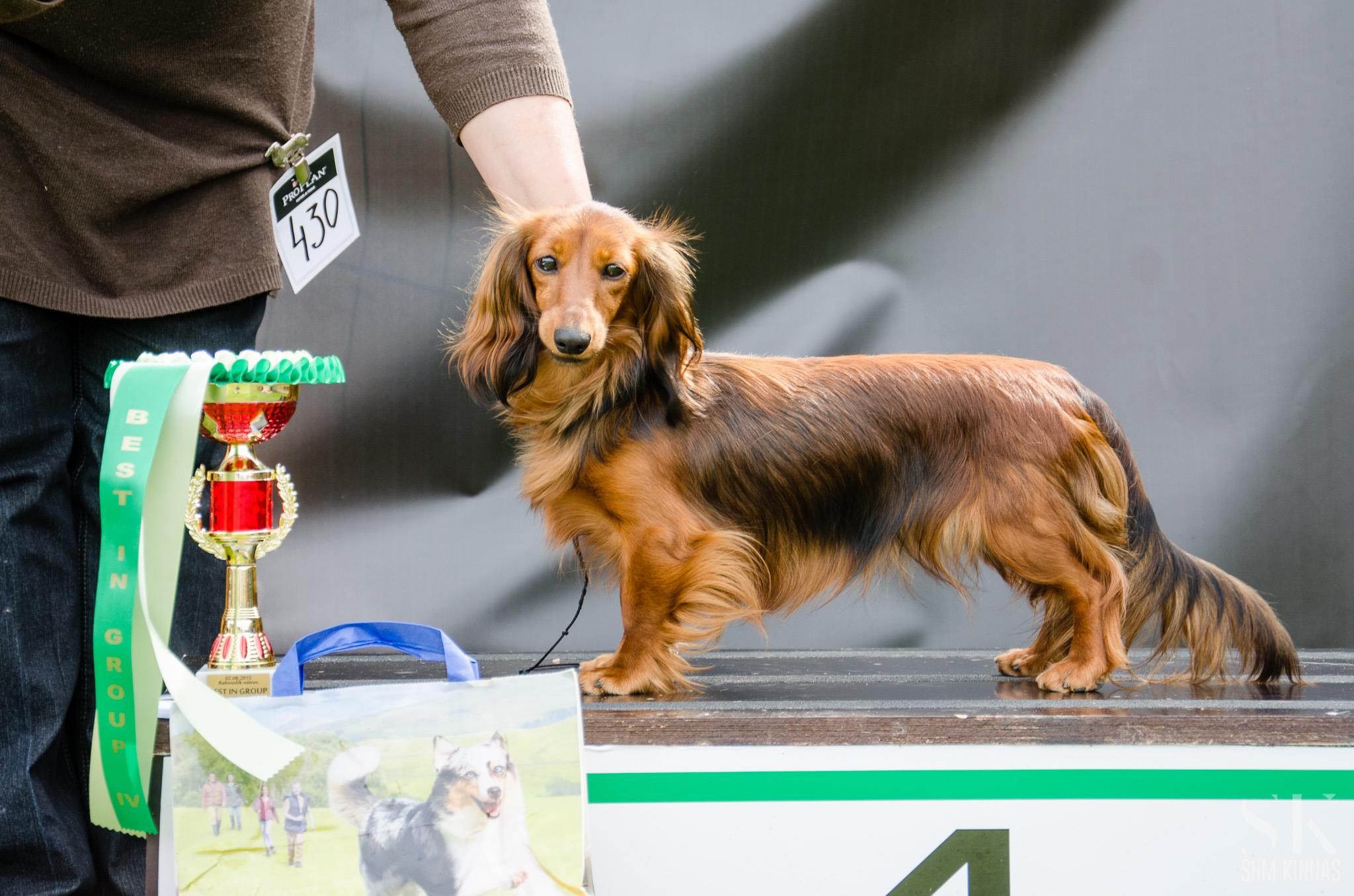 We visited two national shows in Elva with Tomtom and Liina. Tomtom was BOB baby both days and on Sunday also BIS 4 baby. Liina was BOB both days and third in group on Saturday.

Thank you judges for appreciating our youngsters!

On the picture: Tomtom in the Best Baby competition. 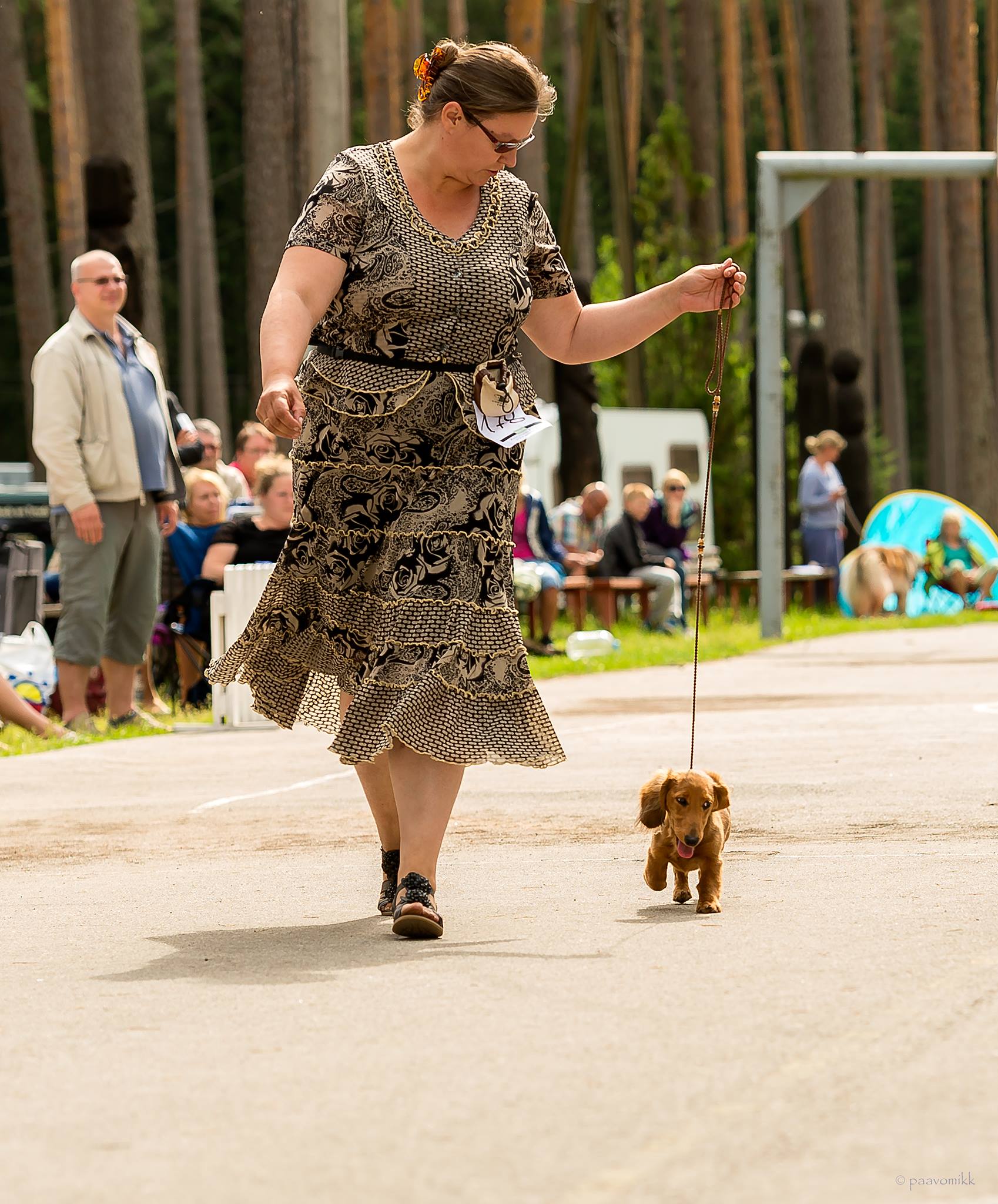 First day our Tommi (Iiah's Duke Dapple) had his show debute in baby puppy class. Result: BOB baby with excellent description. Liina was BOB and Klaara behind her Best Bitch 2 and BOB junior.

Second day Tommi repeated his result, Liina was resting and Klaara was BOB junior and BOB taking also home with her third Junior Certificate - so she now also is the owner of EST J CH title (subject to confirmation by our Kennel Club).

Thank you judges for appreciating our youngsters!

Liina added yet two more titles to her account and one more BOB and BOB junior under breeder judge Perttu Stahlberg. She now is proud Estonian Winner and Estonian Junior winner 2015 - thank you all who made it possible!

We visited Finland again and it was again Liina's (Iiah's Donna Piccolina) time to flourish :)

She was BOB junior, won the bitches and got certificate and BOB and took group 4 :)
Ella was just after her Best Bitch 2 with reserve CAC and Mia was Best Bitch 4.
Ups was this time just excellent 1 in working class.

Thank you all who made it happen! Thank you judge Anca Giura for your judgements in breed as well as in group! 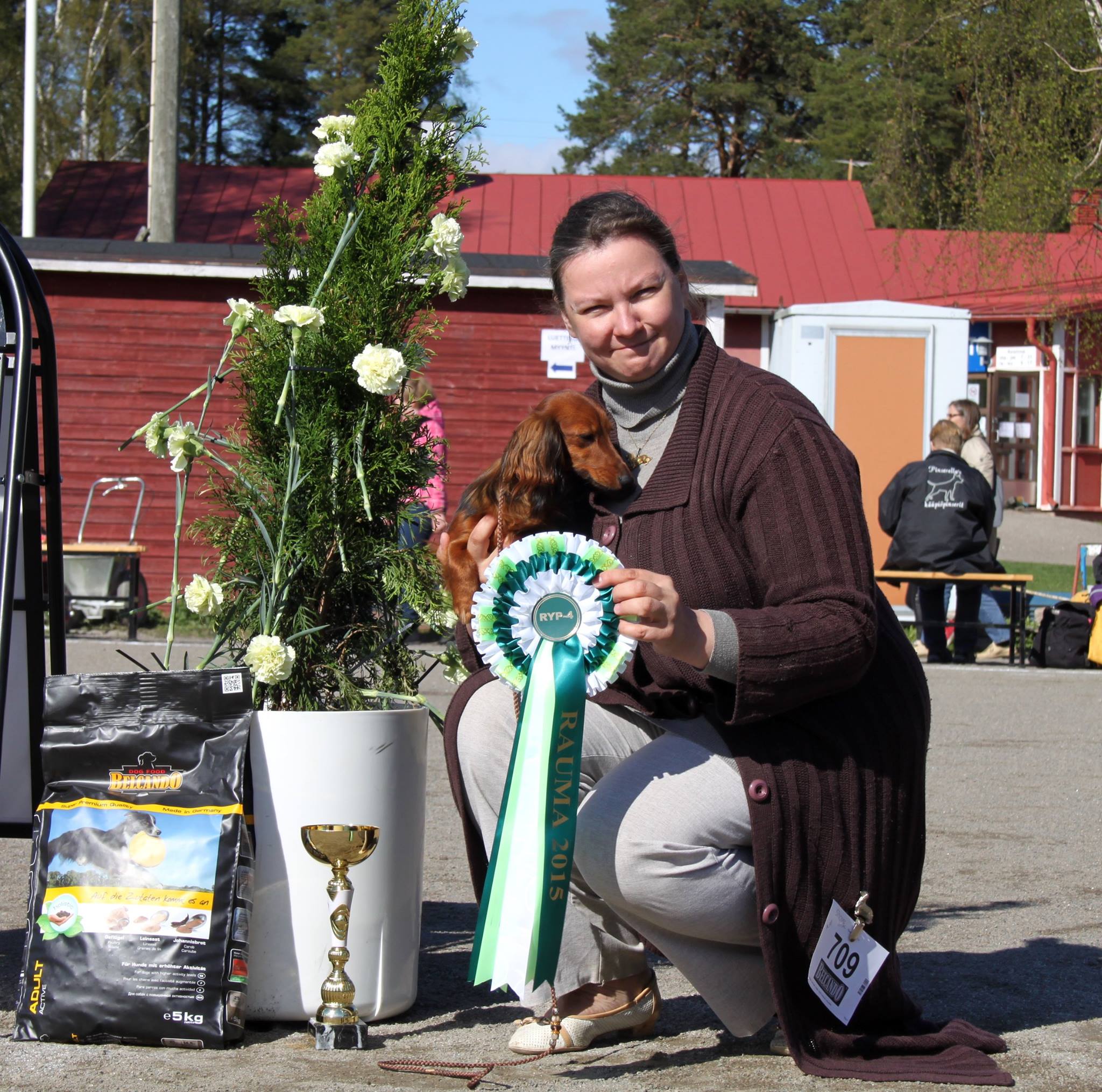 Weekend of shows and hunting trainings

May 10th we spent on hunting trainings, first the wild boar yard where our Blacky had first chance ever to meet wildlife in real and did not know what to think of the boar. After that we took our girls to the fox den where Ella and Ups showed that they have not forgotten how to work in the den and first time Mia showed real interest towards the fox.

Thank you all organizers of all three events - it was super weekend!

On the picture, Liina and Ella with the judge and their rosettes: 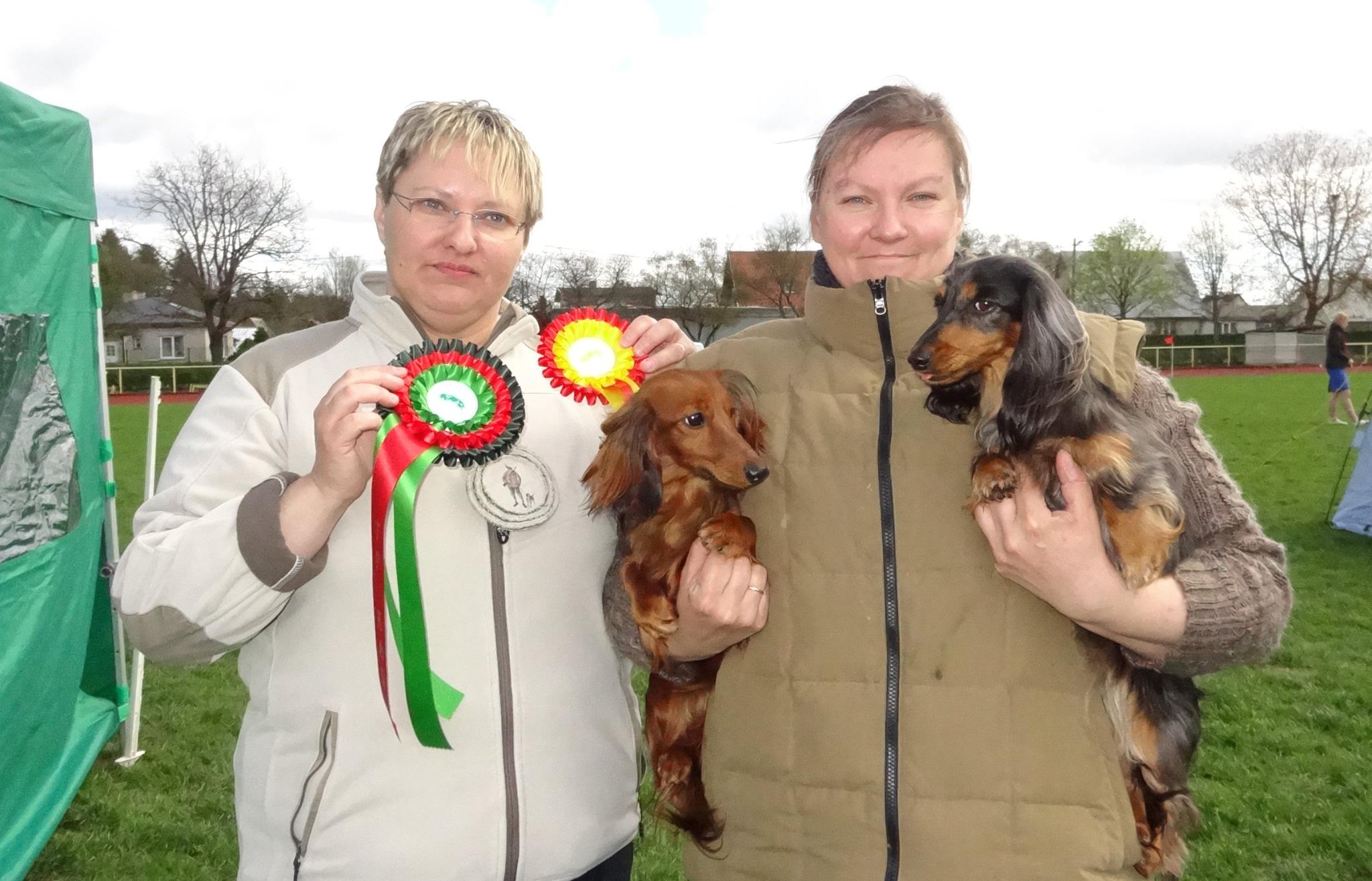 This year we celebrated the start of spring by two days in Finland.

On 2.5, we took part of the international show in Tampere with following results:
Mia - Best Bitch 2 with CACIB, so now we can confirm to her two new international titles - CIB and CIE.
Liina - Best Bitch with certificate and BOB and group 3! Now she needs to confirm her EST CH title first and then it is possible to become immediately also FIN CH!

Thank you judges for appreciating our girls, thank you Ilona for help with handling. Thank you Kadi for making me take this trip - without you, it would have never happened!
Picture: Liina at Group 3 placement:

It took time for me to make this post. One big era of time is closed and house feels empty. You were always there. We moved into this house because of you. And now you are gone. On the other side of the rainbow. Just peacefully sleeping your forever sleep. Till the day we meet again. Please do not ask me more to tell you now. It is too much to take, though I knew it was coming... 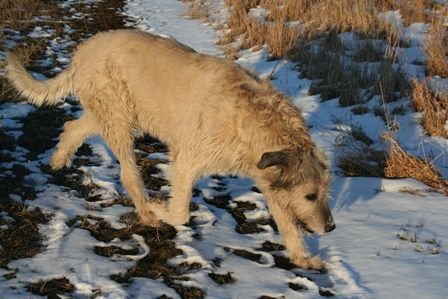 In March, Ella visited a show in Latvia. Yes, she did - as we stayed at home with other girls who were in season (not allowed to show in Latvia). Of course, she did not go all by her self - thank you Kadi for taking her and showing her with great results - Excellent, certificate quality, certificate, CACIB and BOB!